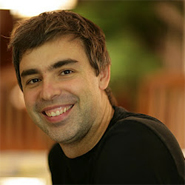 If you don’t think the topic of the above headline is a big deal, you must have been living under the dirt that sits under the rock some people are said to live under. Whew, that was a mouthful!

That’s right, I’m talking about owning the iOS operating system and the i-generation of mobile devices. Ipod, iPhone and iPad. (Sometimes I think that the oil companies own the auto manufacturers but I digress).

Until today, this deal was not quite a done deal, even though we knew it was going to happen.

It’s why I’m excited to announce today that our Motorola Mobility deal has closed. Motorola is a great American tech company that has driven the mobile revolution, with a track record of over 80 years of innovation, including the creation of the first cell phone. Larry Page, co-founder and CEO, Google

Read all about it in the featured article: Google CEO Larry Page: We’ve acquired Motorola Mobility

The sad passing of Apple’s (The maker of the iPhone) CEO, Steve Jobs, recently, may or may not result in some loss of leadership. Until a new leader emerges in that company, we may see a shift of focus as they strive to ‘find themselves again”.

This could not have happened at a worst time. Google is definitely challenging their market position, and with this acquisition, will at least have all of the tools (plus their Search Engine behemoth) to make a good run at it.

I love the Apple line of products but my money is on Google. What do you think?